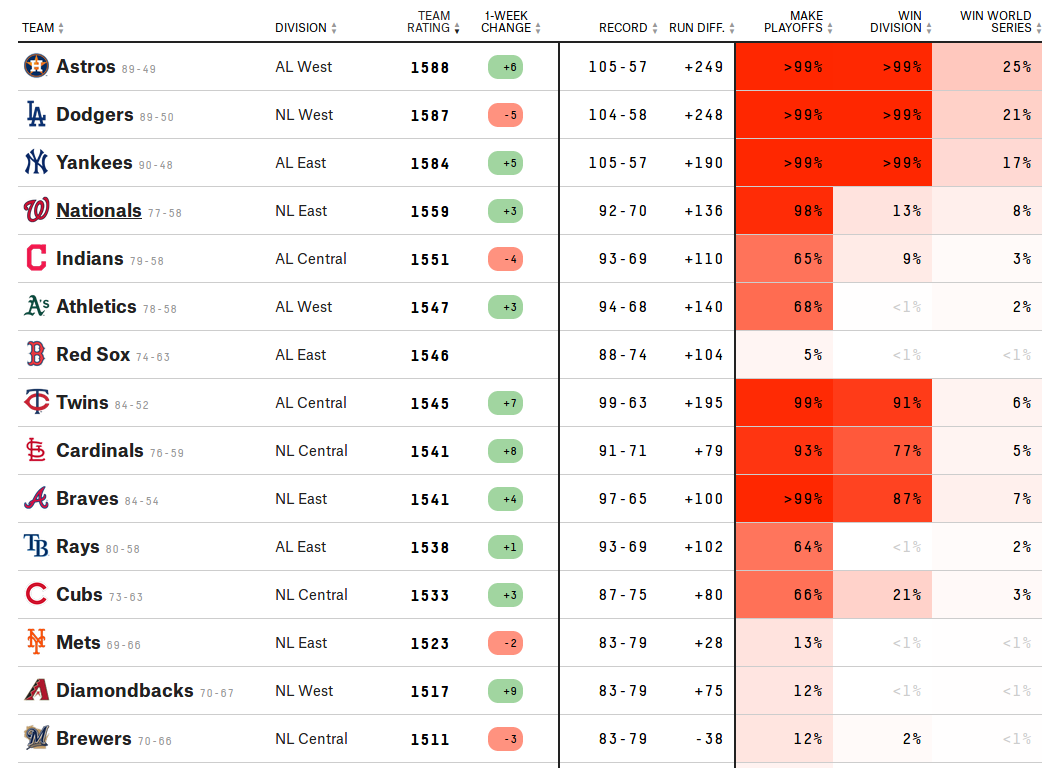 Don’t know how ELO is tabulated but there is a common theme among these three value systems; Houston, Dodgers, Yankees, and now … Washington.  WAS will most likely have to get in post season through the Wild Card crap shoot.

This model has Atlanta ranked much higher.  ELO has Cardinals ranked higher then Cubs although this was reversed in Part 8 of this series.  SLN has taken over NL Central and they appear to be streaking.   AL has a tight race for WC between CLE, OAK, and TBA.  Boston could get hot too.  BOS has the worst starting pitching of the top 15 MLB teams which may be a factor as to why their real WAA is so low.

WAR has Dodgers in lower mid tier of this set which differs from WAA and ELO which both have them #2.  We covered how WAR has under valued LAN pitching in the last part to this series.  Other than some minor differences WAA and WAR pretty much agree on the rest.  Some time in the future we’ll cover why WAR has a problem with pitcher valuation.

This post used 8/31/2019 rosters with 9/2/2019 data.  MLB allows for expanded rosters in September which can distort calculations for WAA and WAR tables.  ELO is a black box so don’t know how that gets affected.  There might be one more of these mid September with caveats and then the real ones come out before NLDS and ALDS featuring the final eight teams.